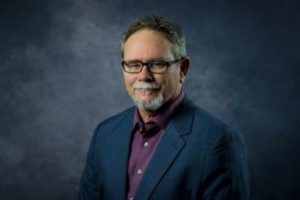 Gene is the Vice President of Operations. He has been in leadership and communication roles in various industries and nonprofit organizations for 35 years. Gene is a dynamic communicator with a proven track record of visionary leadership.

Gene entered the insurance claims industry as an independent adjuster when Hurricane Katrina pummeled the Gulf Coast in 2005. He has participated in every major catastrophic event since: first as an adjuster, then as a team lead, account manager, storm manager, and now as a company executive.

Gene was with owners Zack Meadows and Stacy Story when they assumed ownership of Mid-America in 2013. He helped cast the vision for the company, assisted with branding, and organizing for growth. Afterward, Gene spent three years directing the Texas market construction and maintenance teams for Tricon American Homes, a multi-billion-dollar company. Tricon owned and managed more than 14,000 single-family rent houses. Gene managed construction, rehab, and maintenance teams for more than 2,200 homes.

When Hurricanes Harvey and Irma hit, Zack and Stacy compelled Gene to return to the company to assist with the management of those storms and with the inevitable growth that would ensue. Gene served as storm manager for Hurricanes Harvey, Florence, and Michael. He also managed key accounts in Texas until he was asked to step into his current role.

Gene is responsible for all facets of the operation, including best practices, company culture, client services, adjuster services, internal and external communications, personnel, and production. I provide leadership, guidance, and resource stewardship.

Gene has held as many as 29 state adjuster licenses, NFIP certifications, and the California Earthquake certification. He holds the Bachelor of Science degree from Liberty University, Lynchburg, VA.