When I was growing up, my friends dreamed of being astronauts or firefighters. Some wanted to be policemen. I wanted to be a Dallas Cowboy…and I would have if I hadn’t been too small, too slow, and not nearly strong enough. So close!

Thankfully, enough kids still dream of being doctors, lawyers, firefighters, and policemen. But why wait until you are grown? Why go through years of school, training, and sacrifice when you can get a YouTube, Instagram, or Tik Tok account and become an Influencer?

My own daughter – who is no kid and, along with her husband, owns a small, thriving business – is a marginal influencer on Instagram. She has over 120,000 followers, which is not enough for the Instagram Keepers of the Keys to award a blue checkmark, the badge of the official IG Influencer, but more than enough to get a viral post here and there. (Also, when I was a kid, viral was not a word you wanted any part of.)

I contend that you do not have to be recognized by society as an influencer to be one. Influencers are everywhere.

I have never actually had a social media post go viral, but the other day, I made a lunch post on LinkedIn that has gotten, as of this writing, 6816 views, 115 responses, and a handful of shares. That is significant to me for two reasons: 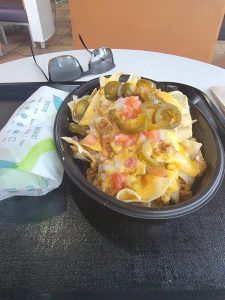 I left a building full of fortunate people, working contract jobs for a very nice day rate to grab lunch at Taco Bell. The young man who took care of my order treated me like I was the most important person he would see that day. He did his job with pride and genuine enthusiasm. I watched him treat each customer the same. Make room for this kid. He’s got places he’s going.

“Work willingly at whatever you do, as though you were working for the Lord rather than for people.” Colossians 3:22 #work #jobs #people #success

This young man was an oasis of hope in a world of despair.

I live in the Dallas/Fort Worth area; they call it the Metroplex. Everywhere you look, even at that Taco Bell, you see Help Wanted signs. I mean, everywhere! It feels like there is more than enough people to feel these jobs, but not enough interest. Here was a young man, barely more than a kid, who wanted to work and valued the work he did. He influenced me that day and continues to influence others.

Everyone is an influencer, and your influence is greater than you think. You don’t need an official tag from a Social Media platform to be one. If you are an adjuster in the field or behind the desk, you influence people every day by the way you conduct yourself, your reliability, and your empathy.

Desk Adjuster Gary Clay is an influencer. Earlier this year, we received the following note from an insured:

I just want to let you know that I spoke to Mr. Gary Clay and I have to tell you, that this gentleman was knowledgeable and very polite. By the time we finished talking over the phone, I didn’t have one question unanswered. When I first received his call, I was nervous because this is the first time I have gone through this and I figured I would have more questions than answers by the time we would finish our conversion. But he answered all my question in a way that I understood the entire process. He is very patient and I was happy with his knowledge. I just had to tell you that you have a great employee.

Thank you and may God bless you and your family and keep them and you safe from this virus.     ~Manuel P.

Easing tensions, delivering faith and trust. That is what we do around here. We influence the process, the outcome…but mostly, we influence people.

Join our team of influencers today!

November 30, 2021 Mid-America’s Conference 2022 | Accelerate into Great Times & Golden Opportunities, Part Four: Meet the staff that will make a difference in your career path!

October 22, 2021 Adjusting 101: Invest in yourself with an affordable education that pays up to six figures! 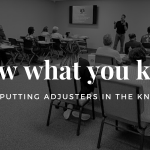 Know what you know
All Posts 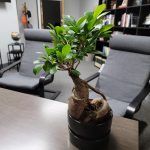